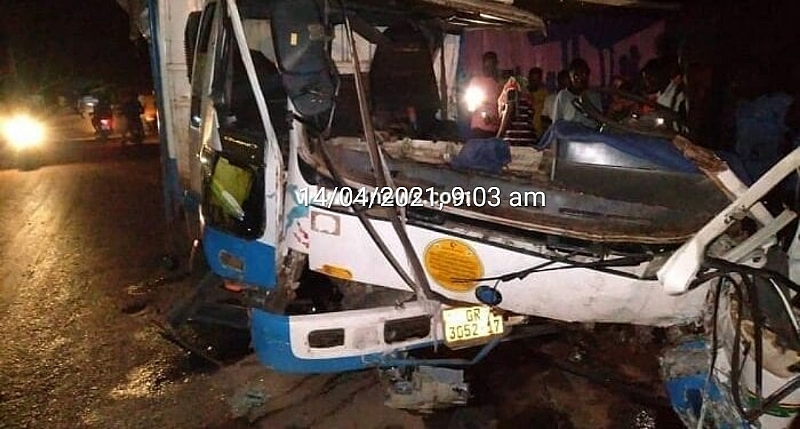 Eleven persons have perished in an accident involving a Toyota minibus and a DAF Tipper truck in Alipe near Yapei in the Central Gonja District of the newly created Savannah Region.

Victims of the accident include nine male adults, a female adult and a young girl.

Police say five persons in the Toyota minibus have sustained various degrees of injuries and have been rushed to the Yapei Health Centre but were later moved to the Tamale Teaching Hospital with the deceased.

The driver of the Toyota minibus has also died.

The police have commenced an investigation into the incident.