The Municipal Chief Executive (MCE), Hon. Janet Tulasi Mensah, has paid a working visit to the Dome Market and its environs to assess steps ahead of the decongestion at the Dome Market to ease the lont-time intractable traffic congestion in parts of Dome.

The move follows the action and initiative by the new Greater Accra Regional Minister, Hon. Henry Quartey, who has vowed to be an on-field, action Minister, and crackdown on indiscipline in the Capital, Accra, in what is gradually becoming popular with the people, his “Make Accra Work Again” mantra.

Barely a month in office, the Hon. Regional Minister has embarked on a series of activities which have resulted in tremendous improvement in traffic flow, adherence to road-use regulations and sanitation through strict enforcement of the relevant Bye-Laws of the Assemblies and road regulations, notably at Madina Zongo Junction.

The Minister has also been involved in enforcing traffic regulations at Dome-St. Johns areas and demolition exercises in others parts of the capital, Accra.

On Tuesday, 13th April, 2021, in a swift move, the Municipal Chief Executive (MCE), Hon. Janet Tulasi Mensah, together with her Officers, after holding a Management Meeting, visited the Dome Market area to assess the current situation and devise strategies towards the decongestion of the Dome Railway Crossing-Dome Market-Dome-St. Johns stretch of the main road.

The major challenges identified were the spillover of traders onto the main road in front of the market and on the Adehyeman-Dome Market link road which has been earmarked as a one-way route and encroachment on same through the back of the market to Heavydoo junction.

The team also identified that some traders have mounted container shops in the market but have abandoned them to trade along the stated roads.

She and her team after touring the area engaged the leadership of the Dome Market to inform them of the upcoming exercise where the women shared their views and pledged support for the Assembly to execute the exercise.

As part of the execution of the one-way traffic project, the Assembly is expected to work to improve the roads surfacing and clear unauthorized structures along the roads. 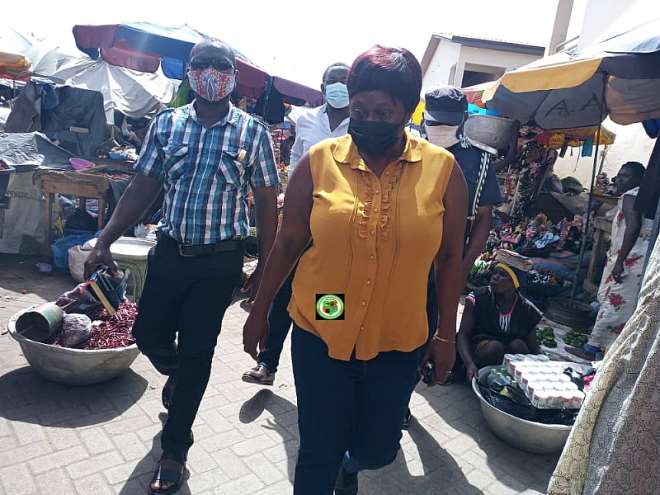 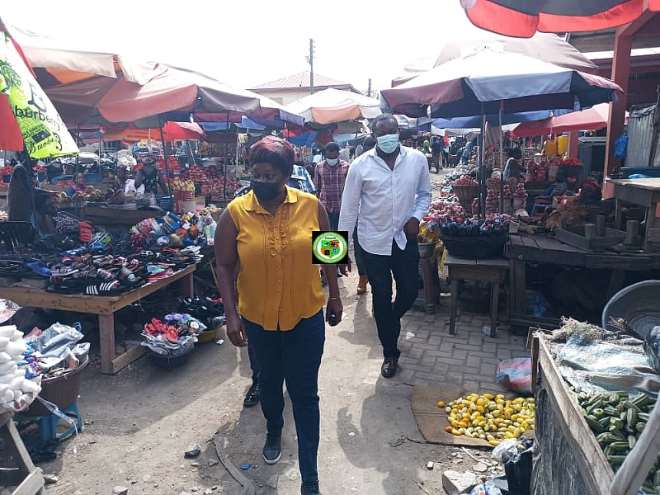 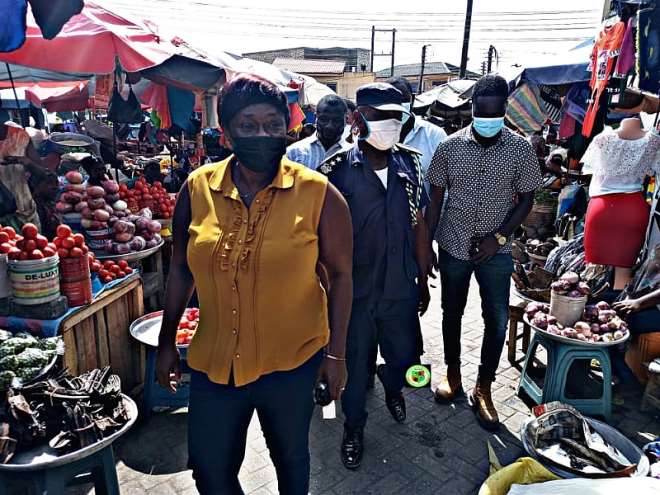 Medikal busted for wearing a fake Rolex Watch which he claims he bought for $10,000
Bagbin supports Sombo community with classroom and office furniture
Comment