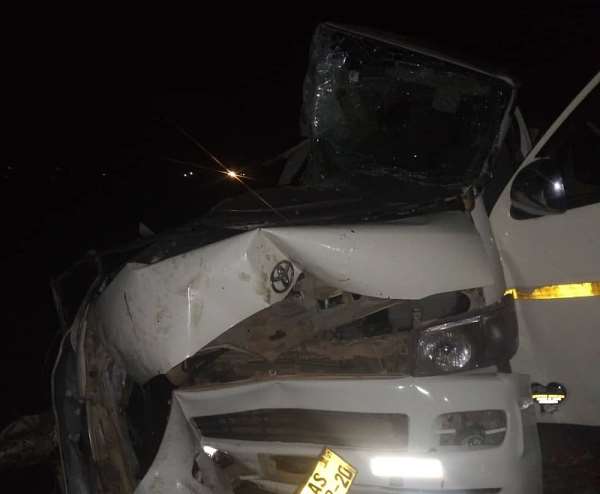 The death toll from the road crash that happened near Yapei on the Tamale-Buipe highway has risen from 11 to 13.

Citi News understands that the driver of the tipper truck which was involved in the head-on collision and a woman who was onboard the second vehicle passed on at the Tamale Teaching hospital where they were receiving treatment.

The incident which occurred on April 13, 2021, killed eleven people on the spot.

Meanwhile, personnel of the Motor Transport and Traffic Department (MTTD) of the Ghana Police Service have visited the Tamale Teaching hospital to assist families to identify the bodies.

The crash occurred after a Toyota mini bus with registration number AS 2872- 20 with about 18 persons on board and its driver, Akonsi Sumaila now deceased travelling from Tamale to Kumasi on reaching a section of the road at Alipe near Yapei on the Tamale-Buipe Highway veered off his lane and collided head-on with a DAF tipper truck with registration number NR 578 F loaded with sand travelling from Yapei to Tamale.

A statement from the police stated that: “The injured were rushed to Yapei Health Center and later conveyed by ambulance to the Tamale Teaching Hospital for treatment whilst the deceased persons were deposited at the same hospital mortuary for preservation and autopsy”.