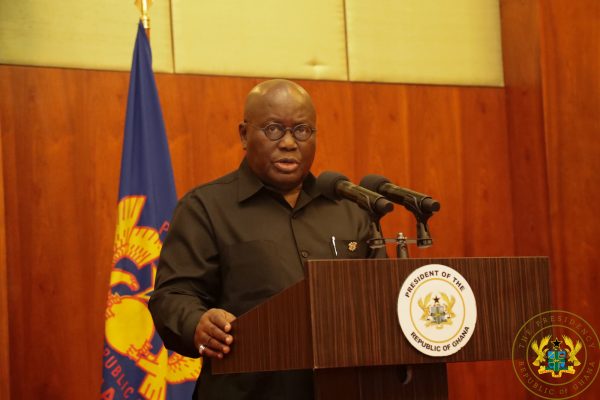 A Governance Expert and Co-founder of Centre for Democratic Development (CDD-Ghana), Prof. Baffour Agyeman-Duah wants President Akufo-Addo to cut back on the number of Deputy Ministers in his second term.

Speaking on Starr 103.5 Fm, Prof Agyeman-Duah maintained that there are some government ministries that do not deserve deputy ministers to assist the substantive ministers although he was unable to mention the names of such Ministries.

“I think there are certain ministries that do not need deputies. But there are a few of them that deserve a minimum of two deputies. Education, take Agriculture and perhaps Energy these are ministries that really require some kind of support from their duties, but there are many others that don’t need it,” he argued.

President Nana Akufo-Addo at the inception of his second term of office promised to reduce the over 100 Ministers appointed in his first term to 85 after his administration received backlash for his size of government.

However, Prof. Agyeman-Duah believes the President is in a quagmire due to his promise of having a lean government, hence the delay in releasing names of deputy ministers-designate.

“So if the President is serious about cutting down the number to 85 as he has already told the nation, then he must decide which ministries can go without a deputy and as I said earlier there are some ministries that really don’t deserve deputies for the kind of work they do,” he reiterated.

Prof. Agyeman-Duah also pointed out that in choosing the deputy ministers, the President’s decision should be based on his priority areas in the government.

“Because it is very difficult in maintaining these ministries, so I think in the midst of our difficulty and economic difficulty and all that, the President should be advised on his appointment,” he added.