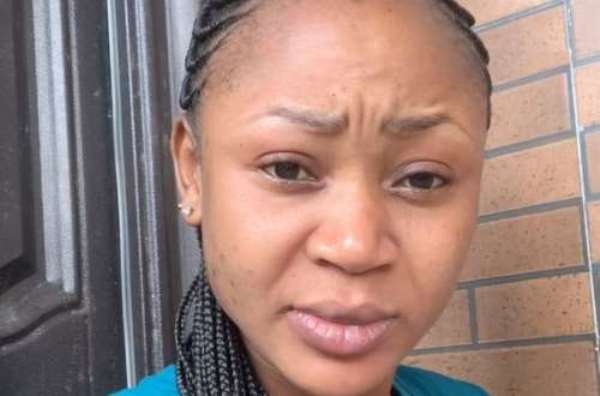 He said the court could have pardoned her because of her son, “but the court has decided and I can’t do anything about it.

“This should serve as a deterrent to the others,” he added.

The Chief however indicated that Akuapem Poloo is not of Akuapem origin.

Speaking to Nana Romeo on Accra100.5FM’s mid-morning show, ‘Ayekoo Ayekoo’ on 16 April 2021, shortly after the socialite was sentenced to a 90-day jail term for posting a nude picture of hers with her son, Nana Yirenkyi l stated: “She is not an Akuapem native”.

“I’m not saying this because of the situation she is in now. She is human. She is a Ghanaian, so, we’re concerned. We shouldn’t defend only people from our hometown”.

He continued: “I once raised issues about how the lady was attaching our name to her brand. Somewhere last year, she looked for my number and got in touch. I must honestly say she looks really innocent”, the chief observed.

READ ALSO:   Behind The Scene: This Video Reveals The Truth Of Everything That Happened In The Church During Jonathanâ€™s Controversial Visit

He said: “She came to request to see the queens and queen mothers of the land and the chief but she left and never returned”.

“Our only concern is the usage of our name,” he complained.

In his view, “if she uses it in a good way, it’s not a problem because she might be fascinated with the name” but added: “According to her, she has lived here in Akuapem before but it doesn’t mean that you’re from Akuapem”.

The chief said in his interaction with her, she could not specifically point out where exactly in Akuapem State she is from.