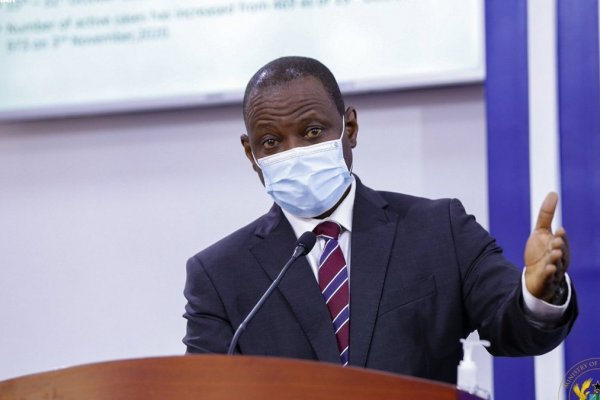 Dr. Patrick Kuma-Aboagye, the Director General of the Ghana Health Service, says government is putting in place measures to halt a possible third outbreak of the Coronavirus disease in the country.

He said with some countries in Europe currently experiencing a third wave of the infectious disease, coupled with the rising cases in India and Brazil, it was imperative for government to be alert, especially at the airport, to avoid being taken by surprise.

Dr Kuma-Aboagye, speaking during the Minister’s media update in Accra, said the country’s COVID-19 numbers at the airport had reduced averaging 90 per week.

However, he said that did not mean the country was out of the woods, saying, “We still have significant threat, especially with the third wave in Europe and the rising cases in India and Brazil”.

Giving an overview of the country’s cases, Dr Kuma-Aboagye said Ghana had conducted over one million tests since the start of testing.

“We have experienced two waves and as you are aware, the second wave is bigger than the first wave.

“We have significant decline in our cases since mid-February and currently our active cases have dropped from 8,000 to less than 1,500.

The GHS Boss said out of the tests conducted, 91,709 cases were positive, representing 8.8 per cent positivity rate.

He said more than 89,000 people were discharged while 771 people had succumbed to the disease.

Dr Kuma-Aboagye further disclosed that 46 new cases were recorded as of 15th of April, 2021 with Greater Accra Region recording more than half of them.

“Greater Accra still remains the epicentre because more than half of these were recorded in Accra and currently all 16 regions had recorded a case and 253 districts had reported a case, which means we still have seven districts or so that had never experienced a covid case across the country,” Dr Kuma-Aboagye stated.

He said 1,435 cases had so far been recorded from the travellers arriving at the Kotoka International Airport since it re-opened in September last year.

On the vaccines, he said, Ghana had received 966,850 vaccines with more than 800,000 people vaccinated since vaccination started on March 2, this year.

Probe your colleagues, not NDC – Donkor to AG