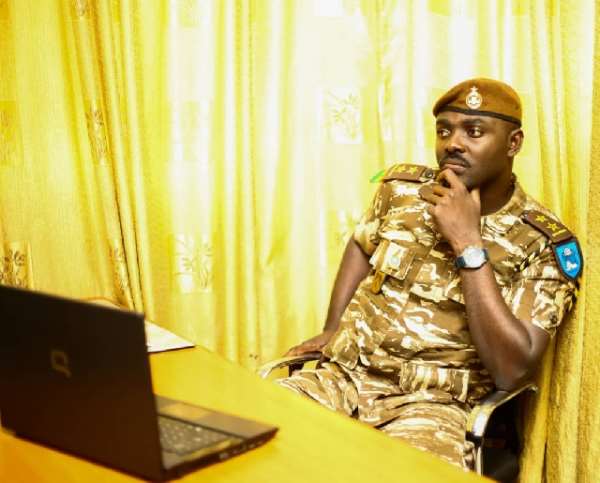 A Deputy Public Relations Officer (PRO) of the Ghana Prisons Service ASP. Samuel Kofi Opoku has cleared the air on the public’s perception that celebrities are given special cells and treated differently from other prison inmates when they are incarcerated.

When asked on whether socialite Akuapem Poloo will be given a different cell from the other inmates and enjoy some freedom as a celebrity after she was sentenced to 90 days for posting nude photos of herself and child online, ASP Opoku said “the constitution of the land and the rules that govern the operations of the Prisons Service does make preservations for separate treatment for celebrities who commit offences and are found guilty by the court of law”.

He explained further that Akuapem Poloo was charged with obscene publication and sentenced to 90 days in imprisonment which entitles her to the 1/3 remission system as a citizen of the land.

According to the corrections communicator, Akuapem Poloo is likely to serve 60 out of the initial 90 days if she puts up a good behaviour while serving her sentence.

He added further that musicians like Geeman, Ramzy, the late Ibrahim Sima (Exopa) and Kwaw Kesse have experienced the prison system and culture in Ghana and can attest to the fact that all inmates are treated the same way and they as popular personalities also adhered to the rules in the prison yard during their stay.

ASP. Opoku explained further that, undertaking effective safe custody and reformation of inmates in a developing country is not ordinary as professionalism, strict adherence to human rights and constant support from stakeholders are required in achieving results and the Prisons Service has for the past decades performed its duties on this tangent to ensure public safety.

He reiterated that the prison remission system is earned by deserving inmates through a study industry, good conduct and positive attitude of inmates as they serve their sentences and not a favour designed for celebrities or influential figures who are sentenced to prison by the court of law.

Teenages in alleged ritual killing case remanded; to reappear on May 4
Akuapem Poloo’s son is living with me; thinks his mom is away acting- Lawyer reveals
Comment