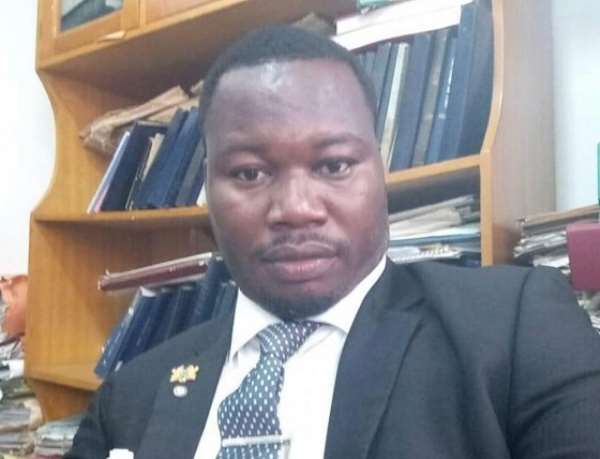 A 37-YEAR-OLD self-styled businessman is facing trial at the Tema Circuit Court ‘B’ for allegedly defrauding several people including a Tema based freight forwarder of an amount of GHC125,000.00.

The accused person, Richard Nii Ankrah Vanderpuye, a resident of Santasi in Kumasi in the Ashanti Region has been charged with two counts of forgery of official documents and defrauding by false pretences.

His plea was not immediately taken but the charge sheet was read to him in the court presided over by Bertha Aniagyei because the accused person is seeking to get a lawyer.

The fact of the case as presented by Assistant Superintendent of Police (ASP) Stella Odame indicated that somewhere in 2016, the accused person contacted the complainant, a freight forwarder who had an issue with his client (importer) as a lawyer who was engaged by the importer and the accused, managed to resolve the issue between the parties.

Few weeks later, the complainant needed the service of a lawyer and he contacted the accused person and he subsequently became friends.

The accused later contacted the freight forwarder that he was handling an issue involving a house belonging to the State Housing Company and they want to sell a house at the cost of GHC100,000.

Complainant therefore sent the accused person to Labone, in Accra and showed him a house.

He collected the sum of GHC100,000 from the freight forwarder via mobile money and cash.

The accused later collected additional GHC25,000 from the complainant as additional charges.

The complainant visited the Labone residence but could not get access.

All efforts to reach the accused were not successful.

He went to the house of the accused person at East Legon when he was informed that he had vacated the place.

Complainant became suspicious and went to the State Housing Company with the documents where he was told that the documents were forged and fake as all efforts by the complainant to reach the accused person proved futile.

On April 13, 2021, the accused person was arrested in Kumasi in the Ashanti Region in connection with the case and transferred to Tema Regional Police Command for further investigations and prosecution where the court has given him two weeks to get a legal counsel based on his request.

However, the court mentioned that it would be forced to move the case if the accused person failed to get counsel before the next adjourned date, May 4, 2021.

It has therefore granted the accused person a bail of GHC300,000 with three surities and a justification but a cash sum of GHC60, 000 can be deposited at the court in the absence of the justification.