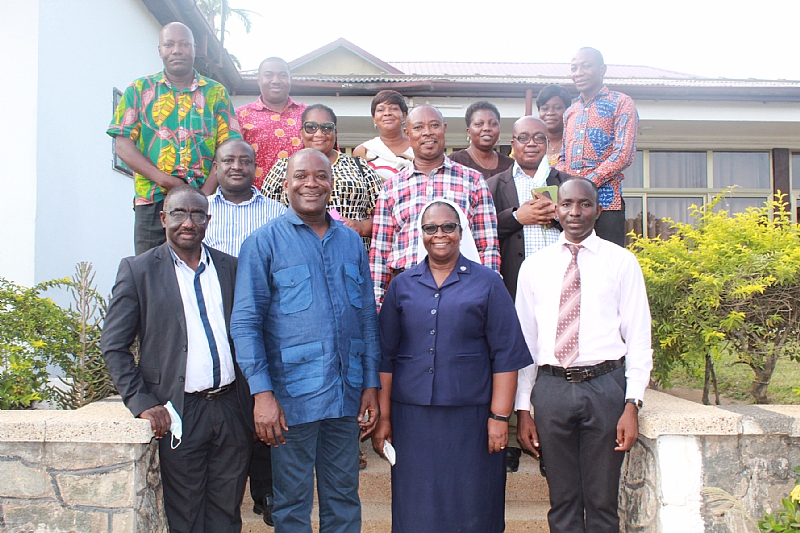 The Ghana Tertiary Education Commission (GTEC) has mediated in the rumpus at Holy Child College of Education College concerning its leadership.

The Holy Child College of Education has for some time been without a Principal, with the Council setting up an Interim Management Committee (IMC) to oversee the affairs of the College.

In a meeting with key stakeholders of the institution to find an amicable solution to the issues at hand, the Deputy Director-General of GTEC, Dr. Ahmed Jinapor indicated that GTEC as a regulatory and policy formulation body had oversight responsibility of all tertiary education institutions, therefore if Holy Child is acting in a manner that was illegitimate, it behooved GTEC to intervene.

The bone of contention, according to Prof. Annan Prah, who represented the Council, was the allegation that the appointed Principal was not qualified, which led to a petition and court action by some teaching staff to place a perpetual injunction over the handing of power to the new Principal.

He said based on the poisoned atmosphere at the College as a result of the agitations, the Council advised the newly appointed Principal to withdraw from the position. The governing council thereby appointed a 3-member interim management committee (IMC) to run the institution.

In his comments, Dr. Ahmed Jinapor was of the view that the idea of IMC is unknown to the statutes and law governing Colleges of Education, Act, 2012 (Act 847).

He urged all parties to be guided and take a cue from the statutes, which stipulates that the highest-ranking head/dean should take over the running of the college in the absence of a principal or Vice-principal.

The meeting in accordance with the dictates of the statute of the college of education concluded that Dr. Francis H. Adams, who is the most senior dean be made to act as the principal till a substantive one was appointed.

For his part, Dr. Adams assured that he will bring everybody on board and avoid vindictiveness, whilst doing all he could to get the case out of court.

Ireland shuts down health IT system after ransomware attack