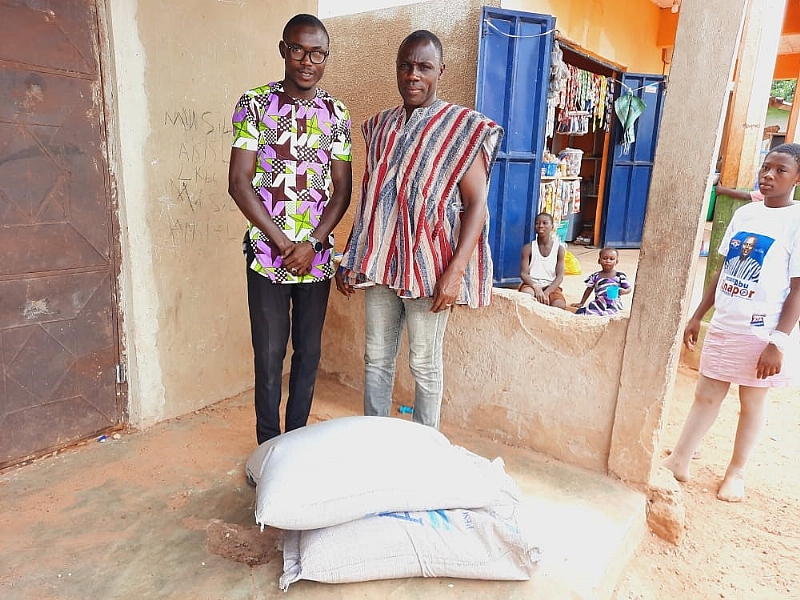 Member of Parliament for Damongo and Minister for Lands and Natural Resources, Hon. Abu Jinapor has made a donation of two bags of sugar to the National Association of Service Personnel in the West Gonja Municipality of the Savannah Region to support them carry-out their long Ramadan fasting.

Presenting the sugar to the leaders of the Association in Damongo on behalf of the member of parliament, the constituency Secretary of the ruling New Patriotic Party, Mr. Karim Kusubari said, the MP appreciates their immense contribution to the development of the nation.

He disclosed that the items were the MP’s crave to aid Muslim personnel of the Association undergoing spiritual cleansing during the period, considered as one of the major pillars in the Islamic calendar.

Mr. Kusubari urged the leaders to endeavor to share the items among themselves as has become the practice in the holy month of Ramadan.

He further entreated them to seize the occasion to pray for the member of parliament who doubles as the Lands and Natural Resources Minister, the president, and other Government officials.

Mr. Ismael Abdul Fatawu, president of the National Association of Service Personnel for West Gonja, who received the items on behalf of the Association thanked Abu Jinapor for his kind gesture, especially his concern towards the welfare of personnel of the Association.

He also prayed for the constituency secretary to be elevated to a higher status in his political career.

Of the five (5) Islamic pillars, fasting in the holy month of Ramadan is considered as the major pillar and it’s observed after sighting the moon in the ninth month of the Islamic calendar. It is described as the month of forgiveness, fasting, prayer, and reflection.