Tema Traditional Council has given the government of Ghana two weeks ultimatum to return the lands given to them by their ancestors.

According to them, the land was given to the government by their forefathers in the year 1952 to set up industries and the harbour but non-indigenes of the council are now selling the land for residential purposes.

They accused people of Nungua of selling plots of lands belonging to the Council to some individuals and real estate developers.

“We want our lands back, the government of Ghana acquired our lands in 1952 extensively to create Tema Harbour and industries which people of Tema let’s go of 32 acres then to the extent of losing our Ancestral home. What do we see today Tema Development Corporation (TDC) has only contracted Seven or Eight Communities, where we have from community one to Twenty-five. They sold all these lands to individuals and are using the money to pay salaries”.

He continued: “we ask the question if the purpose why the lands were acquired have been accomplished then why do you sell the remaining just to pay salaries”? The Spokesperson for Tema Traditional Council, Nii Shipi Amarh questioned.

He was addressing a press conference on Tuesday at Klagon in Accra.

Stating that the rest of the land must return to Tema Traditional Council Stool the true custodian of the land.

Emphasizing that, Greenbelts that are reserved and town areas for future expansion have encroached by some companies.

“In Tema new Town a Petroleum Company is been established close to the township which is so dangerous. We are been chased by industries, Petroleum products, Toxic Substances, etc which are so harmful to human beings. So we are caged in the midst of explosive and inflatable substances in our own land.

…Non-Indigenes who settled on government acquired land from Tema Stool are now selling the lands in hundreds of acres. I mean people of Nungua. All these areas (Sakumono-Mamae Water area, the back of Celebrity Gulf Club, Klagon) all belong to Tema Traditional Council. These areas were given to the government to establish industries to provide employment to the people of Tema and the country as a whole but what we see now is people’s houses”, Nii Shipi stated.

READ ALSO:   Comedian Writes his own Hilarious Obituary just before his death

According to him, plots of lands sold in the above-mentioned areas have no ordinary document from the Tema Stool, which is why they must be returned to the Stool for the re-documentation.

He said the Council has severally petitioned the government but to no avail.

He concluded that they shall invoke curses on companies in Tema if their wishes are not granted by the government within the two-week ultimatum given. 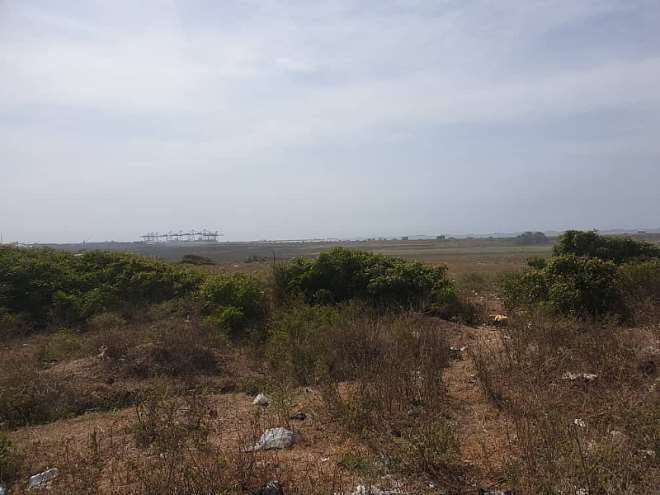 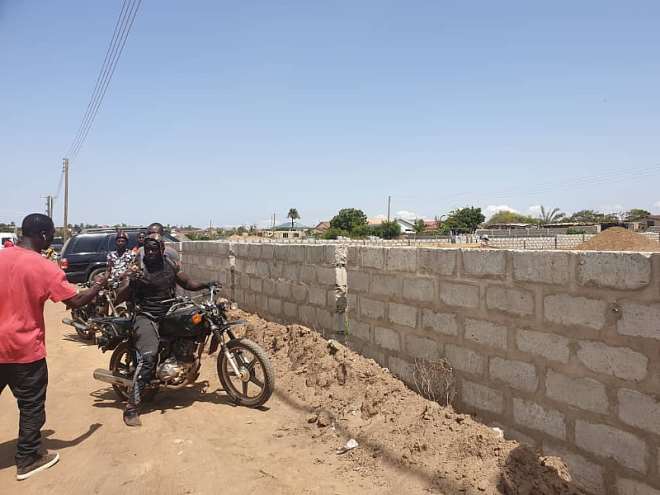 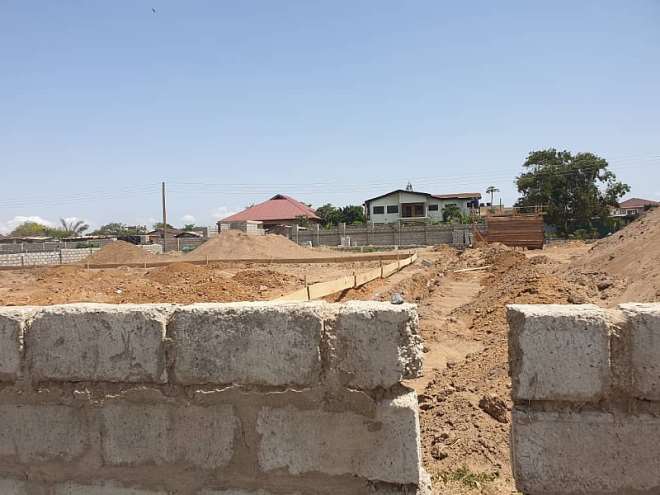 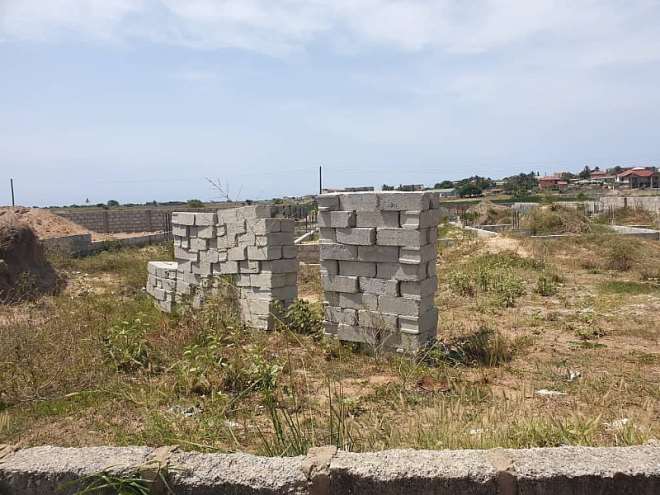 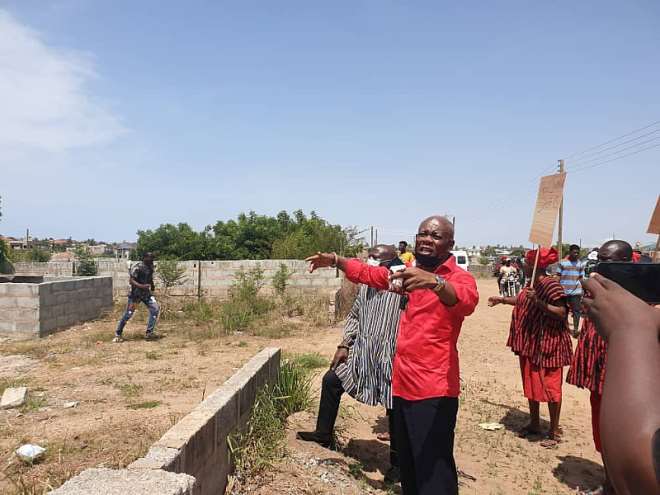 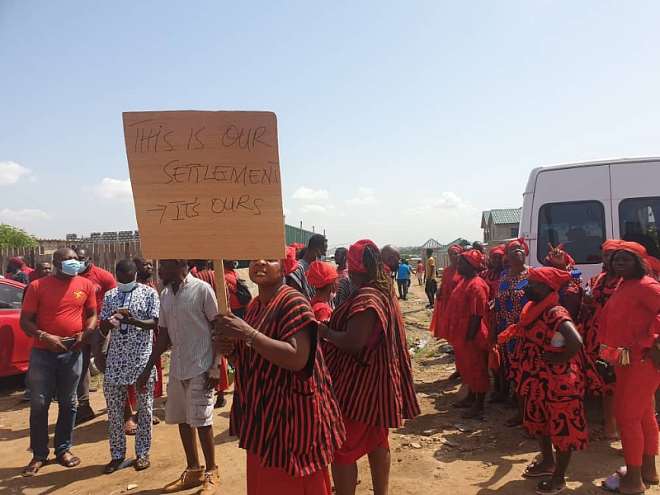 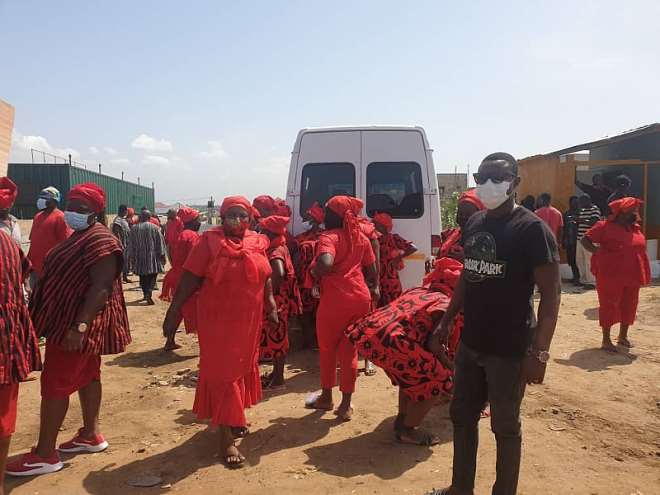 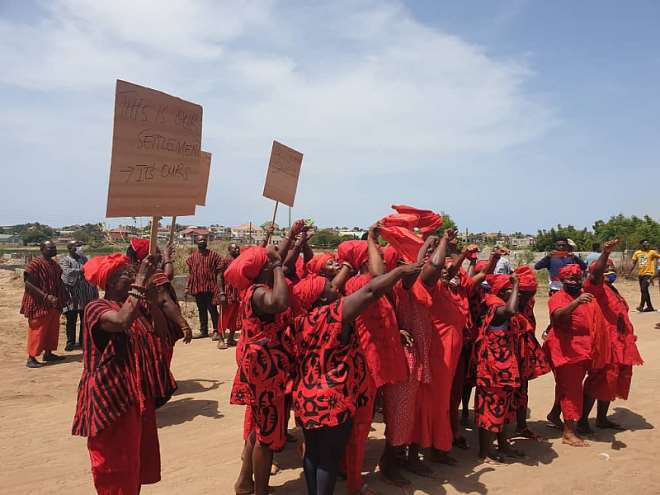