President Nana Akufo-Addo has released his list of deputy ministers.

In all, there are 39 deputy ministers appointed under 24 portfolios.

Ten of the nominees are women.

The ministries of Trade, Local Government and Energy have three deputy minister-nominees.

The list had been highly anticipated since the vetting of Ken Ofori-Atta, who was the last minister nominee to appear before Parliament’s Appointments Committee on March 26. 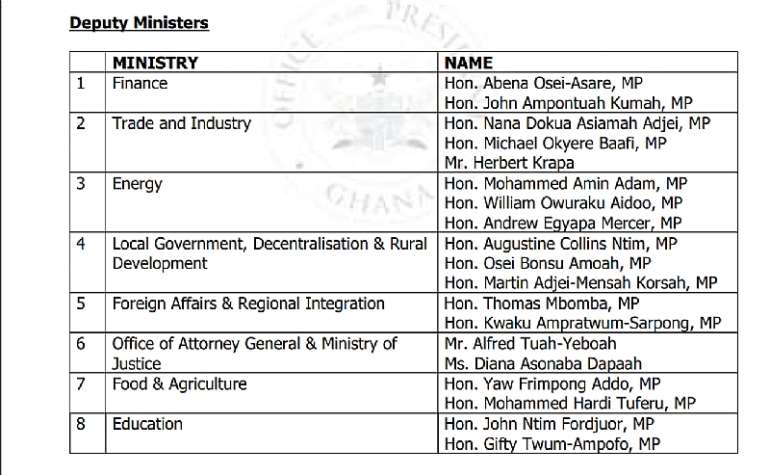 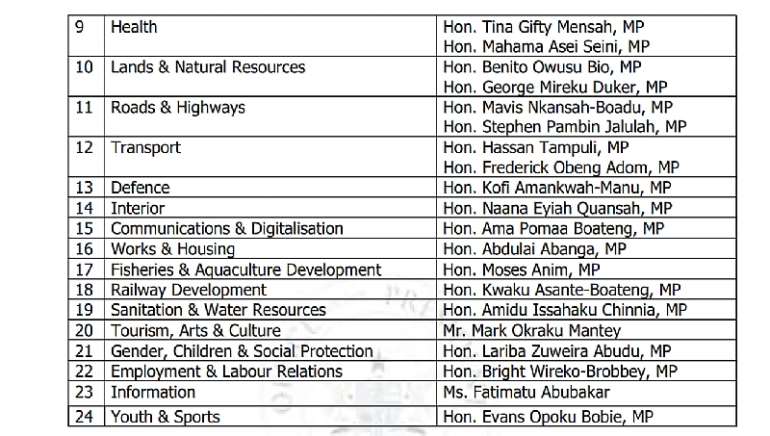