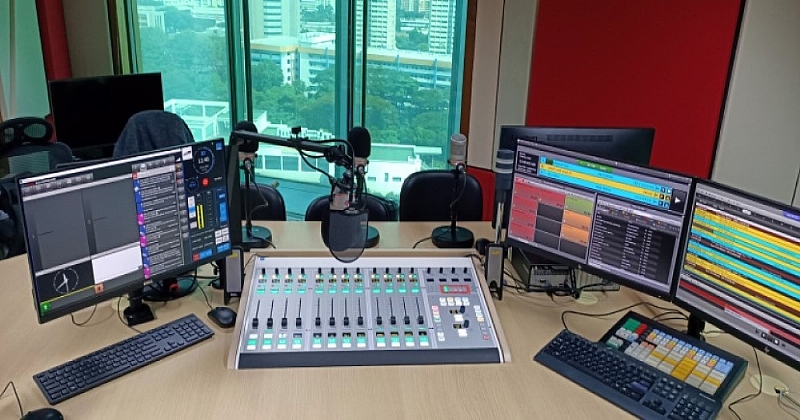 The Ghana Independent Broadcasters Association (GIBA) wants the allocation and management of radio and television spectrum to be put under the jurisdiction of the National Media Commission (NMC) instead of the National Communications Authority (NCA).

This comes at the backdrop of the decision by the NCA to shut down 49 illegal television stations on Wednesday, April 21, 2021 for operating without license.

But GIBA believes that if the distribution and management of the spectrum is given to the NMC it will ensure sanity and proper monitoring of the airwaves.

Meanwhile, the Executive Director of the Media Foundation for West Africa (MFWA), Sulemana Braimah, has taken the Communication and Digitalization Ministry on over the Ministry announcement of the shutdown of Ice TV and Thunder TV on Wednesday, April 21.

The Communications Minister announced that “at about 2200hrs on 20/04/2021, a joint team of Police and National Security Intelligence Operatives, in collaboration with the National Communications Authority, stormed the premises of two satellite television stations, namely, Thunder TV and Ice1 TV, who were illegally transmitting without licenses, at Kasoa in the Central Region.”

She added that “the team arrested the offenders among which included the owner of Thunder TV, Patience Asiedua, popularly known as Nana Agradaa and seized two (2) equipment each used in the illegal transmission from both premises. Nana Agradaa advertises her “Sika Gari” on her TV station, which she claims is her personal god that multiplies money with some rituals she makes. She has hence admitted to this illegality and is currently in custody assisting with further investigations.”

But Sulemana Braimah said it is wrong to suggest that those stations were shutdown because of licenses. He insists that no media outlet needs a license to operate as dictated by the 1992 constitution.

“I have read a Post on the Facebook handle of the Communications Minister that says some two TV stations have been shutdown for “illegally transmitting without LICENSES…”? For the avoidance of doubt, the Supreme Law of the land, (the 1992 Constitution) says under Article 162 (3) “There shall be no impediments to the establishment of private press or media; and in particular, there shall be no law requiring any person to obtain a license as a prerequisite to the establishment or operation of a newspaper, journal or other media for mass communication or information.”

He further explained that there should be a clear distinction between acquiring a license to operate and broadcasting without a Broadcast Frequency Authorisation.

“So it is wrong to suggest that media organisations, broadcast or otherwise, require LICENSES to operate. The TV stations that were shut down may have been transmitting or broadcasting without a Broadcast Frequency Authorisation issued by the National Communication Authority (NCA), which will then make the broadcasting activity of the TV stations illegal. The two are not the same. No media house requires a license to operate in Ghana. Legacy broadcast media require broadcasting frequency and one must have prior frequency authorisation by the NCA in order to legally broadcast using the frequency”, he explained.