The Municipal Chief Executive (MCE) for the Ga East Municipal Assembly (GEMA), Abokobi, Hon. Janet Tulasi Mensah has implored residents in the municipality to do away with an indiscipline lifestyle and support the new Greater Accra Regional Minister, Hon. Henry Quartey, in his bid to “Make Accra Work Again”.

She made the call at a Town Hall Meeting held at the Abokobi Presby Women’s Centre last Thursday.

The Town Hall Meeting, which was attended by a cross-section of the people in the municipality including Assembly and Unit Committee Members, Traditional Leaders, Zongo Chiefs, Religious Leaders, Security Agencies, Traders/Markets Associations, Artisans, Youth Groups, NGOs/CBOs, Persons With Disability (PWDs), Trades Associations, Transport Unions, and Staff of the Assembly, among others, was to account to the people what the Assembly used the revenue it generated in 2020 for.

Addressing the gathering, the Municipal Chief Executive (MCE), Hon. Janet Tulasi Mensah, thanked the people of the municipality for the support and cooperation she has enjoyed from them in her first term in office.

She acknowledged their participation in all the Assembly’s activities aimed at advancing the development of the municipality.

The Hon. MCE told the people that new Greater Accra Regional Minister, Hon. Henry Quartey, envisions to “Make Accra Work Again” and called on them to rally behind him to ensure the realization of his vision for their benefit.

“We all remember the disaster that struck the nation on June 3rd 2015 and the resolve of the President, His Excellency Nana Addo Dankwa Akufo-Addo, to make ‘Accra the Cleanest City in Africa’. It is in this spirit the Hon. Regional Minister is embarking on a series of actions to ensure our City and Communities and sanitized. So, let’s all support him in order to achieve this vision”, she stated.

“We have to stop building indiscriminately on waterways which results in flooding and also be disciplined in everything we do in order to achieve this vision”, she appealed.

Mubeen Mohammed, Development Planning Officer (DPO), who made a presentation on the status of implementation of the Assembly’s planned activities for 2020, said the Town Hall Meeting was a social accountability platform which enables the citizenry to participate in transparent and accountable governance at the local level.

“The National Development Planning Systems Act, Act 479 and the Local Governance Act, 2016, Act 936 all reinforce the need for participatory planning and budgeting at the Local Government level”, he stated.

“However, citizen’s capacity to demand participation in decision making in their quest for improved service delivery appears rather weak. Therefore, strengthening the citizen’s claim for effective local governance and service delivery is critical to ensuring the overall sustainability of decentralization in Ghana”, the DPO added.

He said a total of 34 planned activities, including physical infrastructural projects in the education, health, roads, water and sanitation, and Local Economic Development (LED) sectors, among others, were implemented.

She explained that the COVID-19 lockdown and related restrictions might have accounted for the rise in the revenues collected from Property Rates and Building Permits issuance as most property owners were reached within the period.

The Municipal Planning Officer (MPO), Mr. Daniel Baah Tenkorang, told the people that the Assembly was to benefit from the Greater Accra Resilient and Integrated Development (GARID) project which will address the flooding situation in the municipality and Accra at large.

READ ALSO:   All set for ‘Night of Championship’ At Cahaya Lounge

He also indicated that under the same project, the Pantang Dumpsite will soon be capped and turned into a recreational centre while a retention pond is also expected to be constructed at Atomic which will serve as a reservoir for the water from the higher grounds in the municipality and later allowed gradually out into the mainstream into the sea and some retained for

Mr. Baah Tenkorang further revealed that the Assembly submitted two projects for the One-District-One-Factory (1D1F) initiative where a toilet-roll factory has been approved by the 1D1F Secretariat and awaiting funding for its establishment in the municipality.

The Presiding Member (PM), Hon. Jesse Nii Noi Anum, who chaired the programme, expressed delight at the involvement of the citizens in the decision-making of the Assembly and development of the municipality and encouraged

The Chief of Abokobi and government Appointee of the Assembly, Hon. Samuel Nii Adjetey Mohenu, advised developers to acquire the requite permit before embarking on any development.

He further appealed to the Assembly to expedite work on the ongoing road projects in and around Abokobi to befit its status as the Municipal Capital. 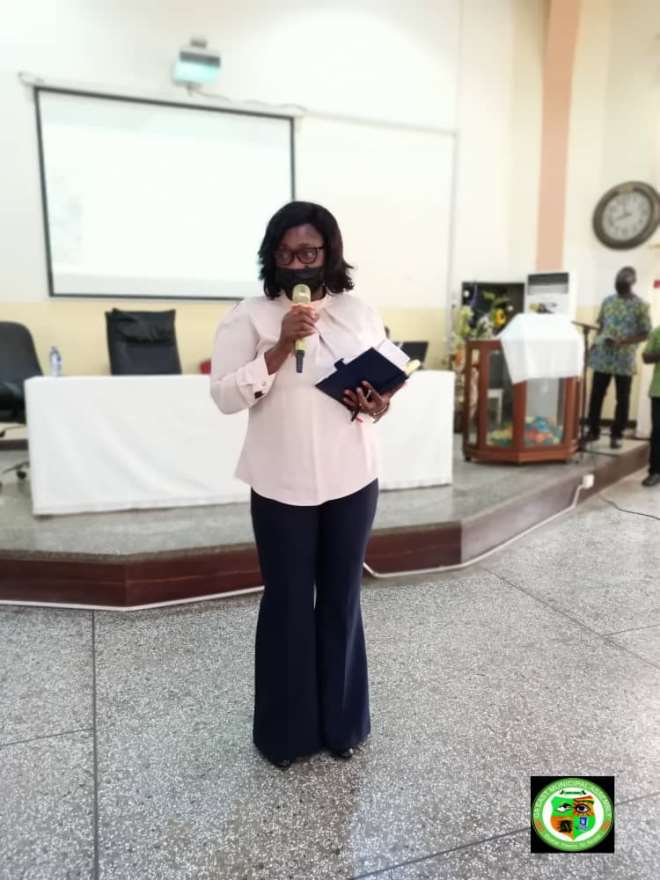 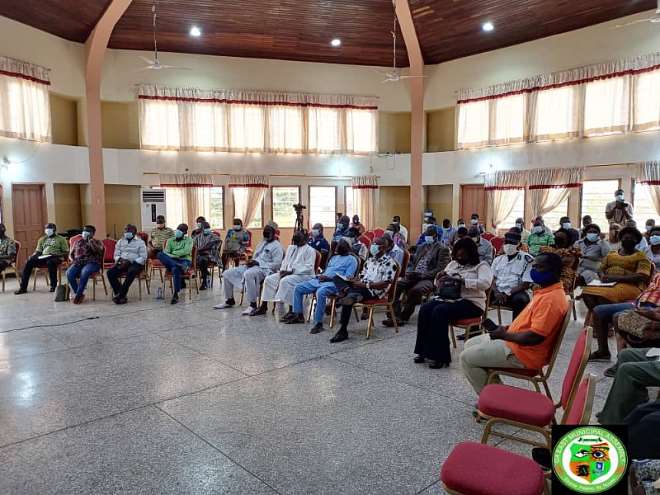