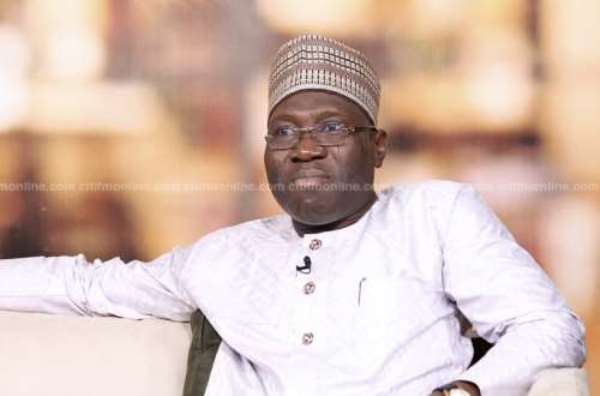 A former Minister for Lands and Natural Resources, Alhaji Inusah Fusieni, says prospecting in forest reserves is against the law.

For this reason, he believes government’s new directive for companies engaged in such activities to suspend their operations “until further notice” is ridiculous.

“The Minister for Lands and Natural Resources hereby directs persons and/or companies engaged in reconnaissance and/or prospecting in Forest Reserves, with or without legal authorization, to suspend such activities until further notice…The Minister for Lands and Natural Resources has further directed the Minerals Commission, with immediate effect, not to accept, process and/or recommend the grant, including the renewal and/or extension, of reconnaissance and prospecting licences in Forest Reserves,” the statement indicated.

But Inusah Fusieni told Citi News, that the suggestion that prospecting licenses had been issued for entry into these reserves is indicative of the complicity of officialdom, which makes ensuring success in the fight against galamsey a near-impossibility.

READ ALSO:   Here Are The Winners Of The 2017 Riverwood Film Awards

He encouraged the sector minister to outrightly, and immediately, ban the practice.

“Prospecting in reserves never came to my attention when I was a Minister for Lands and Natural Resources [nor did I] ever give people permission to do that. It never came to mind. I think the Minister must go further and just ban the activity against the complicity of persons who work at the Ministry, Land and Forestry Commission. This is why the fight against galamsey has been difficult,” he added.

Reasons for the suspension

Lands Minister, Mr. Jinapor, in his statement issued on Thursday, April 22, 2021, explained that many individuals and companies, under the pretext of undertaking reconnaissance or prospecting, engage in illegal mining in forest reserves, a practice that continues to have adverse consequences on the environment.

The Lands Minister said unless he expressly indicates otherwise in writing, “all activities and operations in respect of any reconnaissance and/or prospecting licences in Forest Reserves are hereby suspended until further notice.”

He said all companies and individuals already undertaking reconnaissance and/or prospecting in Ghana’s forest reserves have up to seven days to cease their operations.

“The Minister for Lands and Natural Resources, accordingly, hereby gives persons and/or companies engaged in reconnaissance and/or prospecting in Forest Reserves, seven (7) days from the date of the publication of this notice, to cease their operations and evacuate their equipment accordingly.”