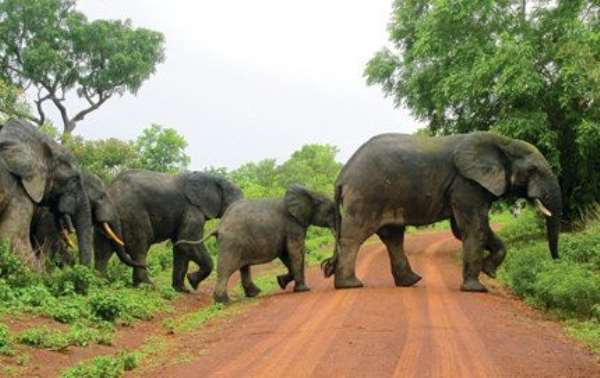 Three Civil Society Organisations, (CSOs), with focus on the mining sector, are accusing government of granting permits to mining companies near the Mole National Park in the Savannah Region.

This appears to be in contradiction of a recently-issued ban on all prospecting activities in forest reserves.

The CSOs – Centre for Environmental Impact Analysis, Centre for Public Interest Law and the Wassa Association of Communities Affected by Mining are therefore calling for the cessation of the issuance of licenses for such activities, including surface mining.

The Associate Executive Director of the Wassa Association of Communities Affected by Mining, Hannah Owusu-Koranteng, made the call as Ghana marked World Earth Day.

“Government has also granted mining exploration rights to a mining company to explore gold near the Mole National Park. The President has, among other things, stated that mining becomes a danger to society when the land is degraded after the minerals are extracted with toxic materials.”

“We, therefore, call on the government to halt attempts to mine forest reserves. Government should also place a moratorium on the granting of mining lease permits for all surface mining in Ghana.”

The government issued the directive on Thursday, ordering persons undertaking prospecting activities in forest reserves across the country to indefinitely suspend such activities.

It also directed the Minerals Commission to desist from processing or granting any request for the renewal of prospecting licenses in forest reserves.