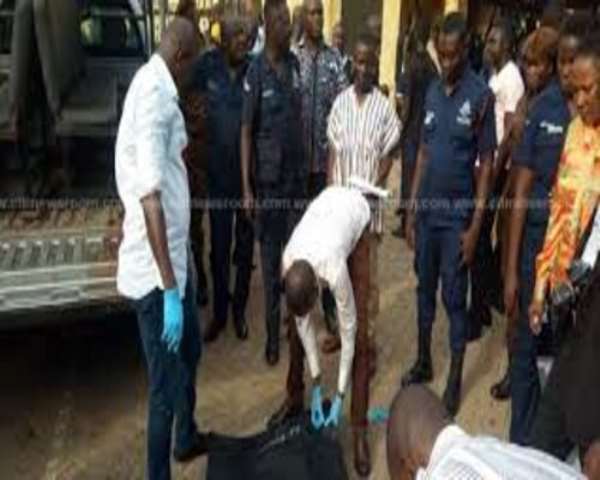 Information gathered by this portal reveals that an unidentified motor rider has been found dead with his vital parts missing.

The biker’s penis, eyes, ears, and other body parts are missing when his body was discovered at Blue-Roads Estate, a suburb of Buduburam in the Central Region.

The unknown assailants are believed to have hired the services of the motor rider popularly called Okada and murdered him. They allegedly bolted with his motorbike.

Chief of Buduburam, Nana Kojo Essel II, speaking in an interview with Adom News, expressed his displeasure with crime rates in the area, saying, Buduburam “Gab”, has now become a popular hideout for suspected criminals.

Nana Kojo Essel called on the government to, as a matter of urgency, demolish the hub to save lives and properties.

Meanwhile, police in the area have begun investigations into the death with the body deposited at the St Gregory Hospital mortuary for preservation.