Ghana Auctioneers Association has held a Delegates Conference today to elect its next crop of executives to man and steer their leadership affairs for the next four years.

It is in this direction that the Chief Executive Officer (CEO) of Mayfair Mart, Mr. Francis Nii-Boye Tagoe, has been elected the Chairman of the association.

He polled 21 votes out of 47 total valid votes cast in a keen contest against three others who include Theophilus A. Sowah, Chief A. Alhassan, Samuel L. Doku.

Aside from the Chairmanship position, all other executive positions contested unopposed. 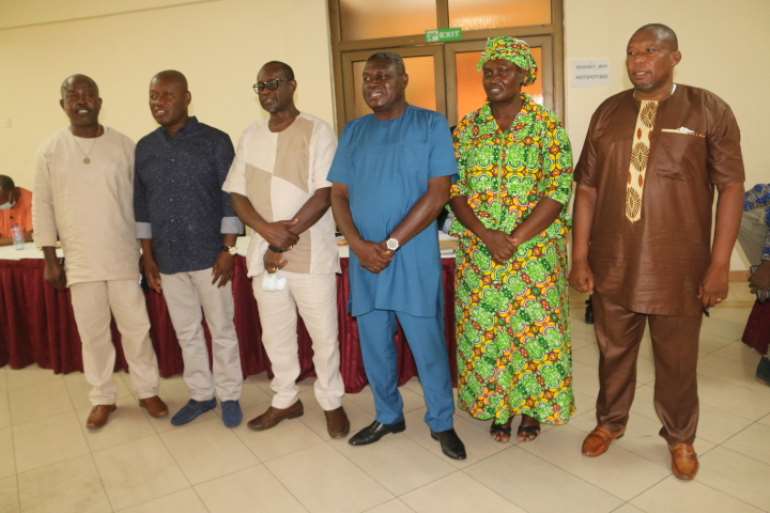 The 2021 elections make it the 4th time the association has held a successful congress since the year 2001.

READ ALSO:   Ladies!! 7 Independent Things You Should Still Do While Dating

Before the official formation of the group, it was the Police that licensed auctioneers and it was between the period of 2006 and 2007 that Parliament amended the law and made sure that before a person becomes an auctioneer, you have to pass a written examination.

Unlike previously a middle school certificate was enough to qualify a person to become an auctioneer.

In an interview with the Chairman-Elect of the Ghana Auctioneers Association, Mr. Nii-Boye Tagoe, he described the contest as normal with no heat or pressure.

He further outlined some measures and actions he would execute to make the association function effectively and vibrantly.

“As the association stands, there are a lot of anomalies that need to be addressed so since we now have a well-organized structured body again we are going to tighten all loose ends. As the Elected-Chairman I am going to make sure all the committees I have formed will take stock, sit down and analyse all outstanding issues one after the other and address all challenges,” he assured.

READ ALSO:   ‘Where Is The Pilgrims’ Money?’

He also cited some alleged malpractices at the Office of the Chief of Staff by some Auctioneers and promised to deal with it once and for all.

According to Mr. Nii-Boye, the association is also entangled in some legal issues involving the former chairman among others and he will seek to bring a conclusion to all the matters.

“We have a very big problem especially with some auctioneers turning into political auctioneers chasing ministries for jobs that are not approved by the office of the Chief of Staff. My Chairmanship will address all these unfair and unprofessional characters.”