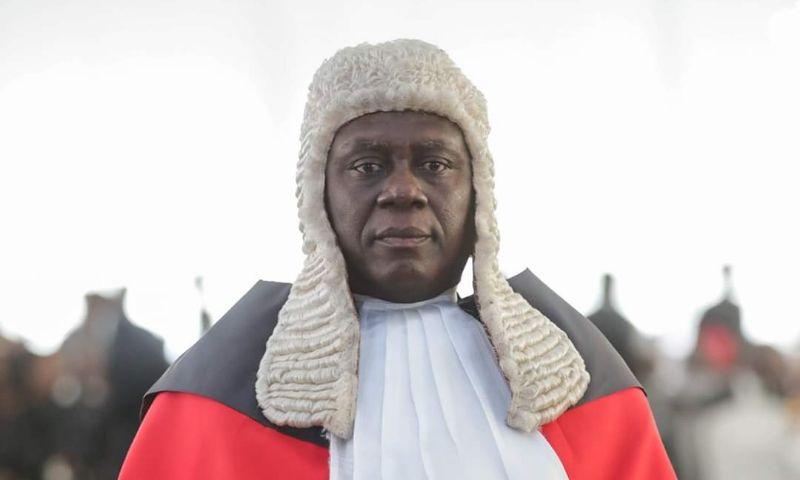 The Chief Justice, Kwasi Anin-Yeboah, has charged judges and magistrates to adjudicate their cases in a manner that will engender public trust and confidence in the Judiciary.

Speaking at the swearing-in of eight new magistrates on Thursday, April 29, 2021, the Chief Justice said the Judiciary must always uphold the sanctity of society by conducting cases in a free and fair manner.

“The role of the bench in maintaining the sanctity of society cannot be overemphasized. The Judiciary and Judicial Service can be likened to a glue holding society together. It is in this regard that trust and confidence in the justice system are key in your rulings, especially as most of the cases are initiated at the lower courts while the district courts are the first port of call.”

Mr. Anin-Yeboah also urged judges and magistrates to promote the rule of law through their rulings.

“How they view your actions is key to their overall trust and confidence in the judicial service. Our judiciary must serve as a demotivation to people who would want to take the law into their hands. This is because we will give them hope that their cases will see expeditious actions at the court. We need to be time conscious so that parties who appear before you will know that lateness is not entertained in our courts. I urge you to be mindful within your constitutional mandate.”

The government dismissed over 20 judges who were indicted in a judicial corruption investigation by investigative journalist, Anas Aremeyaw Anas in 2015.

President Akufo-Addo has also cautioned the country’s judges against corruption, saying judges who misconduct themselves will be dealt with according to the law.

Nana Akufo-Addo has also asked the Judiciary to redeem itself from the perception of corruption.