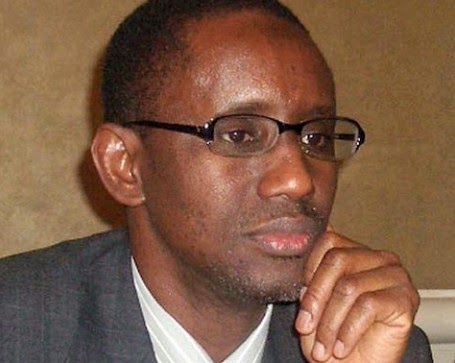 •Rivers APC sheathes sword, withdraws statement
Emerging cracks in the relationship between former Chairman of EFCC, Mallam Nuhu Ribadu and Governors Chibuike Amaechi of Rivers State and Rabiu Musa Kwankwaso of Kano State have been mended after Ribadu distanced himself from a robust attack on the two governors.

In a reciprocal gesture, the Rivers State chapter of the APC early this morning withdrew its press statement in which it berated Ribadu, describing him as a political prostitute who has committed political suicide by defecting to the Peoples Democratic Party.

Explaining why he defected and washing his hands off the attack on Amaechi and Kwankwaso, Ribadu had said in a message to his Facebook friends:

“I know how difficult it may be for you to come to terms with my defection to another party. But I must assure you that it’s a carefully considered decision for which I do not wish to hurt anyone’s feeling. I’ll not embark on a needless animosity with my good friends, irrespective of political, religious, regional and ethnic affiliations.

“Let me quickly make it known that I did not issue a statement disparaging APC and its members, including Governors Amaechi, Kwankwaso… These were clearly fabricated, expected backlash, by mischievous characters interested in misleading the public and drawing a picture of non-existent feuds between me and my good friends.

“My defection shouldn’t be seen as an initiation of political antagonism with my good friends in another party. I still hold them in high esteem, and even where there are marked differences, I believe there are decorous and honorable ways of resolving them. So, kindly disregard any statement said to be by me attacking the personality of any politician since my defection. I’ll never allow myself to be drawn into such disrespectful exchange.

“As for my next step in this political struggle, this would be made known in due time. For now, I wish to assure you that my defection is in pursuit of a good cause, and never out of any selfish interests as portrayed by a section. Thanks for bearing with me on this decision, and for those who have been in solidarity with my struggles and still giving me the benefits of the doubt, I’m most grateful. I’ll never let you down on this new path. Thank you!”
READ ALSO:   Meet 19yrs American Shooter who Won the First Gold Medal of #RioOlympics (Photos)

Reacting to Ribadu’s statement, Rivers APC said this morning in an e-mail from Chief Eze Chukwuemeka Eze, Senior Media Aide of the State Chairman, Dr. Davies Ibiamu Ikanya: “Please disregard our release titled ‘Ribadu Got it Wrong on Amaechi…’ as Ribadu has disowned statement against Amaechi, Kwankwaso. Thanks for your usual support and God bless.”