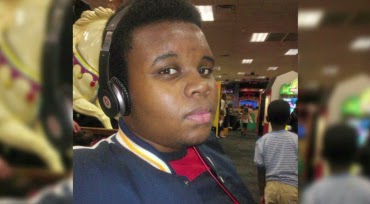 Minorities are up in fiery protests over yet another point-blank killing of an unarmed US African-American youth. This is one more instance in many in which unarmed US minority youth have been summarily killed by US police.

In February of 2012, 18 year-old Ramarley Graham was killed in his home by invading New York police. As happens most times in these cases, when the police officers who killed young Graham were acquitted, Constance Malcolm the mother of Ramarley Graham in exasperation in the court raised her voice in protest.

The police who ran after Ramarley into his home to kill him said they had seen him adjusting his belt and thought he had a gun. No gun was found on the property and another unarmed black male was killed for no justifiable reason. The case was dismissed and the offending officer, Richard Haste was never indicted.

READ ALSO:   55 File to contest positions in NDC in W/R

In a rally this Wednesday, Ramarley Graham’s parents, friends and activists again demanded answers from the New York justice system on why their son was murdered and why true justice was never served. [See latest on Ramarley Graham]

This case is one of several that typically present the helplessness of minorities in the United States.

In my today’s article, I wish to invite thought into another approach to this problem. What is typically presented on US broadcasts and media releases in all these events is that the victims were a threat and as such had to be subdued, with death. It is understood that the “21-foot” rule adjudges anyone within 21 feet as a potential threat and permits the use of firearms to kill to subdue; but does this rule satisfy expectations of humanity in the twentieth century?

This premise is what I wish to highlight. Must all allegedly threatening black and minority youth be subdued with death? Are there possibly other methods of control that could be applied that will subdue non-lethally?

The United Kingdom justice system is one to be visited for possible alternatives. In the UK, most officers do not use lethal weapons and the crime rate and crime control in the UK is at a much better level than the US.

Most officers in the UK are given Speedcuffs, Extendable Batons, and incapacitant sprays and other non lethal equipment and with these they are able to accost dangerous criminals.

Is it possible for US law enforcement officers to consider concomitant use of non lethal weapons to subdue unarmed youth? Can shooting the legs be revisited? And must shooting always be “to kill?” As regards the last question; is the decision to shoot to kill aimed at reducing legal and medical costs of the assailant should he survive? If so, can a fund be created to cover these costs so more unfortunate minority youth can be spared to have a chance at life?

It is important that thoughts and discussions on the use of lethal force to subdue actively threatening and “potential threat” minorities consider this essential aspect of police conduct in America – to kill always and to kill only. If threatening and menacing minorities, and sometimes “potential threat” minorities are such a danger to police then they are a danger to everyone and if so, should everyone not be armed and prepped to kill any minority youth who approaches them menacingly or simply looks like a potential menace as the police alone are armed and trained to today, if minorities are such a deadly unsubduable threat?

Is there a chance for a world where “dangerous” people are apprehended and not routinely killed?

Gladson Awako will fail to excel at Hearts of Oak