Two drug-crazed, stark naked brothers were arrested after they punched a woman in the face when she opposed to their passionate make out session outside an apartment complex in Indianapolis on Sunday.
Timothy Batz and his older brother, Noah, were completely nude when an assistant manager at the Lighthouse Landings apartments spotted them “passionately making out” near a dumpster, according to WISH-TV.

The manager alerted police and urged residents to avoid the incestuous siblings. But an unassuming woman nonetheless came too close to the strange scene, and subsequently took several punches to the face, resulting in a large knot on her forehead, cops said. 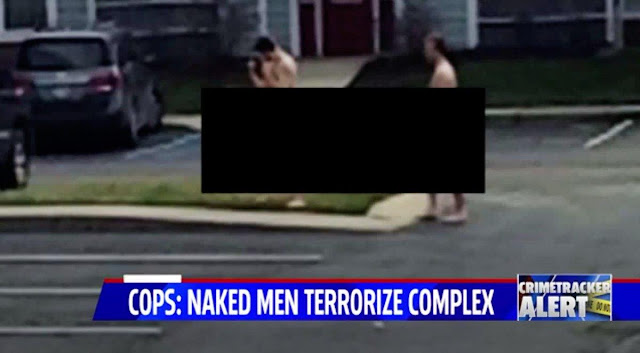 The woman fled to her car, at which point one of the brothers began banging on her windows while hurling death threats.
The Batz brothers continued the bizarre stunt by getting in and out of unlocked cars in the parking lot without consulting owners.
Police eventually arrived and cuffed the unhinged brothers, who told arresting officers that they were high on psychedelic mushrooms and marijuana, NY Daily reported.

As it happened: Bawumia speaks on future of the Ghanaian economy