Actor John Dumelo has poked fun at reports that he stole a vehicle belonging to the government of Ghana.

He posted a video of a newspaper vendor showing off the Daily Guide Newspaper with accompanying laughter emojis.

The newspaper reported on Friday, March 24, the actor had tried to hide the identity of a black V8 Toyota Land Cruiser with registration GE 8118 by having sent it for respraying.

Dumelo is one of several public figures who declared their support for John Mahama during the 2016 General Elections. Many believe the vehicle was given to him as gift for his stance. 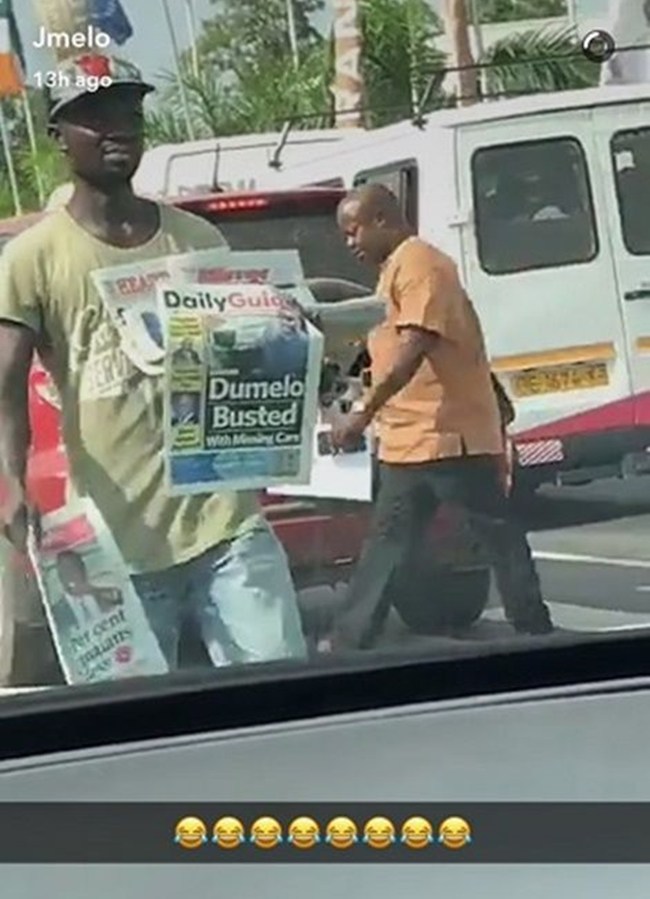 I Made First Move On All Men I’ve Dated—Actress

I Made First Move On All Men I’ve Dated—Actress