On Tuesday, rapper and music label executive, Rick Ross appeared in court over the kidnapping, aggravated assault, aggravated battery among other charges case in 2015 where he allegedly held two of his employees captive on his property and allegedly forced and pistol whipped them into a guesthouse at gunpoint.

Rick Ross came back from a journey and found the groundskeepers throwing a party in his house while he was away, and then allegedly assaulted them with one victim even telling police he was pistol whipped and left with a chipped teeth and a jaw injured so badly he was “restricted to soft foods and liquid diet.”

But, there’s good news for Rick Ross and his fans, as he won’t be facing prison time and once he pays a $10,000 fine, all the criminal charges will be cleared from his records.

According to TMZ, Ross on Tuesday evening pled no contest to one count of felony aggravated assault, while all other felony charges were dropped. As such, the judge sentenced Ricky to time already served in jail – he spent a week behind bars after his initial arrest- and a $10,000 fine. 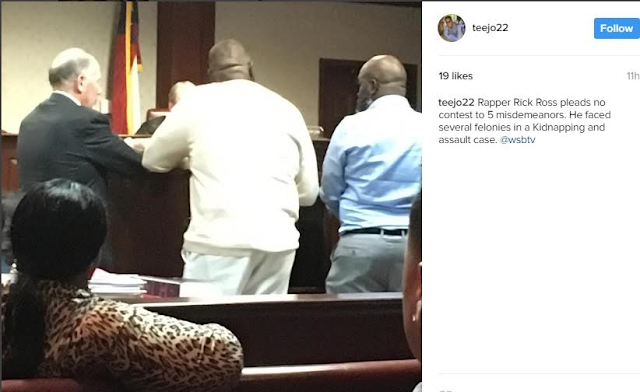 According to the judge, he sentenced Rick Ross to one week imprisonment because he was a first-time felony offender, and then after he paid the $10k fine on Tuesday night, the conviction was erased from his crime records. 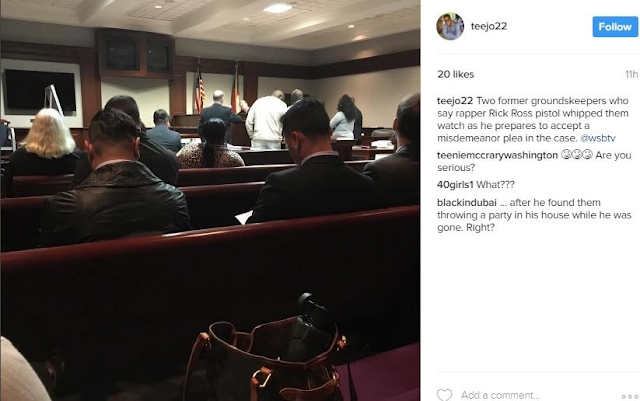 Watch the video of him after the court ruling below.

Rapper Rick Ross takes my microphone before giving it back as he makes a statement about pleading no contest to 5 misdemeanors in a Kidnapping and assault case. More of what he had to say at 11. @wsbtv