It appears Future is throwing shade at Jay Z after the iconic rapper called him out in his song,and also dissed rappers for holding money to their ear and posing on social media .
Future has done just that with a cryptic caption ”U ain’t got the juice like that.MOOD” 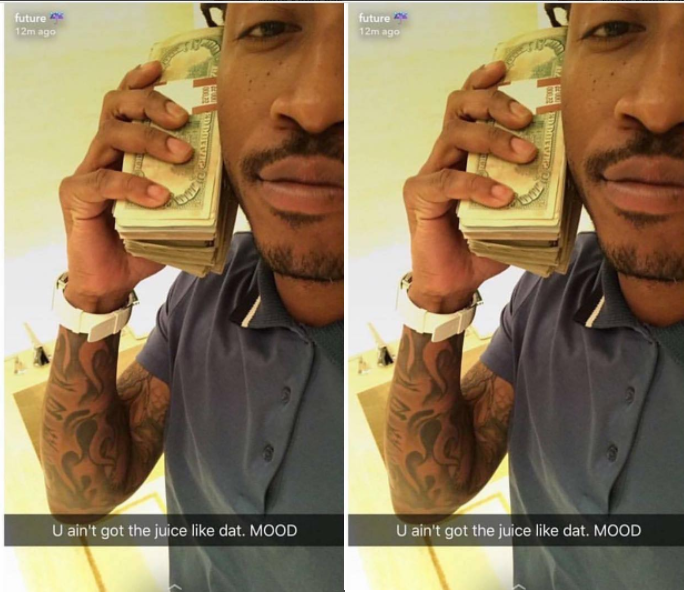 “You”re on the gram,holding money to your ear.There’s a disconnect.We don’t call that money over here.”
He also mentioned he got back on track at the thought of losing Beyonce rapping

“You almost went Eric Benét/Let the baddest girl in the world get away/I don’t even know what else to say/Nigga, never go Eric Benét”
“In the future, other niggas playin’ football with your son”
This is obviously in reference to Ciara’s new man,Russell Wilson taking Future’s son to football games. 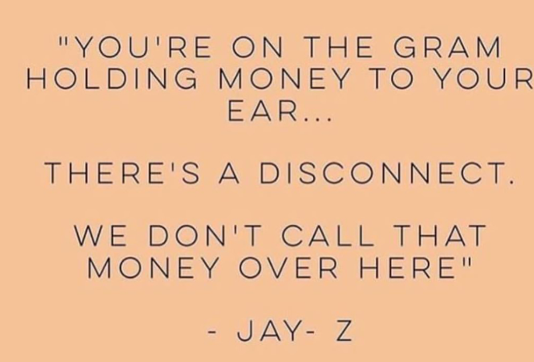